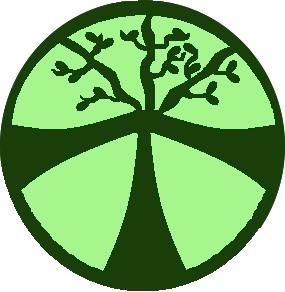 At the moment, it's all about planets and eclipses...

Between the 26th December 2019 and the 12th January 2020 there are a major series of astrological events. It started with the Annular Solar Eclipse in Capricorn, in the first decan for those who into astrology, with strong aspects of responsibility. Then we get the Cancer/Capricorn Lunar Eclipse on the 10th/11th January and the Convergence in Capricorn – Jupiter, Pluto and Saturn all in the same sign, with Pluto and Saturn in conjunction. This is a powerful time that is setting up the next five years, from years four to nine in a universal numerological cycle.

The biggest theme of the Solar eclipse energy was Guardianship of the earth. This corresponds to the weight of the eclipse being in Capricorn, which in so many ways is about responsibility. The higher octave symbol of Capricorn is the sea goat, a creature combining the tail of a fish or mermaid and the upper half of a goat, and that seems to be the form that was being activatied when I was looking into the eclipse energy in a well mediation, which I was doing at the time of the eclipse watching it on a live stream. The earth deities also came to me in the form of the Germanic Earth goddess as well as the Norns, which makes sense when you realise I was working with runes to draw that night at my main altar. However, this seemed to be representative of the Earth goddeses rising, being empowered by the eclipse, I was just seeing them as my focus was.

This is being set up for the counter movement coming through to counter the current trends. The next five years, as echoed by the eclipse coming up on the 10th/11th January 2019, is setting up an action and counter reaction process, where it will get better before It will get worse. However, the energy is being set up to bring change, a growing awareness in the next five years, as directed by the eclipses coming through in that time. This is just the first eclipse in a series of eclipses for the next five years, and all are very significant turning points for us. The next five years is setting up a major transition, so though the indications at the moment are poor, the undercurrents are growing for the change. This makes it a critical time to set up the change right, even though we may not see the result yet.

This process will unfold, eclipse by eclipse in sequence and it seems, at least for the moment we won't be able to predict it. This means taking it step by step, with each eclipse, and working with the energies as they come in to work with the process and take the net step. At the moment this means working with the current Cancer/Capricorn eclipse, strengthening the undercurrents that are coming in counter-reaction to our current situation. This means, despite the discouraging signs, just keeping on going to support the acceleration of energy coming with not only the eclipse, but the Capricorn convergence coming on the next day, the last day of the full moon phase. This is a key part of the set up, and the more energy that is put in to counter the current trends, the more successful this move will be. This is a key time and we all need to work together to help Gaia and her servers strengthen and enhance the earth chakras at this time especially. There are activations and meditations going at this time that you can join, or do your own. My role is to hold the space and grounding channels for the energy, which I have been doing since about the 4th January as the energy is coming in and intensifying. The more that can come in, the better, so I look forward to you helping.

Personal and Greater Interpretation of Eclipses

As we approached the Lunar Eclipse on the 23rd March 2015 I was asked about how to interpret eclipses in addition to putting interpretations of the broader ramifications of an eclipse into Ritual Corner each time there is one. The personal aspect is also relevant as I tend to interpret them for myself. Through this I have noted some surprises and some interpretations that I have noted some wrong turns through, reinterpreting it with events.

To begin with there are some planets that mean more than others when I have looked at them. While all planets that this contact have a significance in their area if influence (See article above) magnified by the eclipse, the Sun, Moon and Saturn play a particular significance. Some might see Jupiter here as the signal of resources available, but I have found that it is not a direct indicator of the eclipses message. Like all the other planets it can be important, especially if heavily aspected and contacted,but I don't see it among the top three that show the eclipses message. This is because eclipses are about change, often some form of chaotic or revolutionary change. This is a time and place that it is not the resources that matters but the manner of the change and the responsibility of leadership needed to carry out the change. There will be supporting factors that underlie this, however, the overarching message will set the tone.

In terms of importance, the hierarchy is based on which body is being eclipsed. The body that is being eclipsed will rank the most important in interpretation as this is where the change is or has to occur. The more heavily aspected the more the change will affect and is needed often. The next most important is the eclipsing body, which will show why the change is needed and in what direction. Then we look at Saturn, to see where the responsibility for leading this change is needed. Obviously, this is not always clear cut but this will show you what is needed to guide this change if it is going to be positive and successful. Then you look at the supporting planets, especially those that aspect the major indicators or are heavily connected themselves. This will show you how this will play out and the factors that might lead to success and failure. A note here of course that eclipses commonly lead to catastrophic or chaotic change, so this will not be all positive. It is a question of degree of the disruption and how the change plays out before it becomes positive.

In personal terms to interpret this you will need a natal and/or progressed chart. A natal chart will show you the way it is affecting your energy as you were born, a progressed chart is the one that will show you how it is affecting you now. In looking at mine through the past eclipse cycle I have used a natal chart, but you may wish to use the other. There are several websites that offer you the full natal chart with basic interpretations for free reliably, Astro Cafe being the one I use. Or alternately you could use a freeware or shareware astrology program freely available on the internet to generate this if you find yourself using them often and want the tool on hand. This is especially good for doing dual wheels of your personal chart and the eclipse chart. But if you don't have this, all you need is a printout of the chart and a pen or pencil. Find the location of the Sun, moon and Saturn first and mark on the outside of the chart. Then see what house, sign and aspects it has. This will mark the impact as per either traditional astrological meanings, or the broader meanings I use (see article above). If you wish see the position of the other planets and interpret them in relation to the wheel. As above the emphasis is on those that connect to the big three of either chart, followed by heavily aspected planets then the ones that are in heavily trafficked areas of the personal chart.

As always, don't take anything as the proverbial gospel. This is a guide and tool, not a be all and end all. And don't be too literal in your interpretations, look at events and think of what they mean in a broader sense. I have been caught out with this recently and I can tell you, you can't be too careful. Think, look around and work with it as you go about your life. The meanings may not always be so obvious. You use it as a tool you it will do you good, let it run you it will be to your detriment. But with this in mind you can use it well and improve your life by being informed by the undercurrents of change rather than letting them lead you.