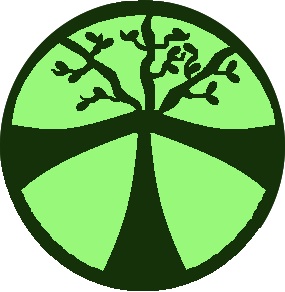 The World of Crystals...

Distilled wisdom of the ancients

of the ancient elementals

That once roamed this land.

The distilled intelligence and wisdom

Of the first earth cycle,

of the great, creator beings

That guide us today.

Helping us out today.

Crystals come in all sorts of shapes and sizes. If you are lucky enough to come across one for free, or have it given to you, well, good on you. But we're not all that lucky. Often, you have to buy one. When you do, and are looking around, there are some things to remember. Apart from the type of crystal, shape comes into play when choosing a crystal. One of them is the cut, or the natural shape of a crystal. While nowadays there is a dizzying array of crystal shapes out there, from raw natural to carved into figures such as angels, there are some basic shapes that tend to dominate the market and be used most often. I will be going through those below as well as looking at some advice in looking at the carved and shaped variety if you wish to go that way, or they attract you. However, overall, the most useful ones a majority of the time will be the most common ones that I will be looking at below;

Crystals can also be used for personal and space clearing. Here are some techniques that can be used with some inexpensive, basic crystals to cleanse and defend yourself or your space.  For ideas on basic defences look up basic techniques for light white shielding.

This is a technique that requires more planning to use, needing crystals. However, with a little planning this can be a good one to use on a weekly, monthly or just when you need to before a ritual. This is a little more involved, but not too much.

You may even choose to carry the crystals with you if you are travelling or going in a high energy environment. This will, however, need some privacy or an otherwise safe place if you are going to use it out and about, just to make sure that you're not disturbed.

As with all clearings and cleansing tools it is important to clean up your crystals regularly, either through exposure to moon, salt or by burying in the earth. This is important as they will keep on adsorbing a lot of energy over time and need it cleared to remain effective. This should be done regularly and when they have had very heavy use.

This is a technique that rather than using a smudge stick uses a pair of Quartz Crystals to achieve the same end, clearing your area of energies. It does this by channelling any unwanted energies into the crystal and discharging them by burying them to the earth harmlessly. As with the above smudge, a chant can be used to enhance this, but is not necessary. If you have a specific one in mind prepare in advance. Other verbalisations, such as a hum or tone like OM are also as useful here as above on the Sage smudging. Here something like that might be especially useful with the vibration of the crystals.

This is a good technique if you have pesky items around like sensitive smoke detectors or highly flammable materials as it does not use anything burning. This is also a good technique to use if you are in a place where flame cannot be used for another reason, e.g. in an office or cubicle. One set of Crystals is provided in the kit to start you off with you off but you may wish to purchase more so you have one set cleansed and ready to go at all times.

This one unlike the others is a stationery shield that can be placed around a site or area using sacred geometry and crystals to hold a force field. More than one can be used at once, overlapping. I set this at three and have used a 2x3 in the form of a overlapping triangle star shape, but you may decide four or five works for you. These instructions are for the three, but reset accordingly if you do change it. If you are using two set shields onto of each other then use the same controller and set up and attune to the controller and each other separately. Equipment is needed for this one you should have in advance.

This is something that can remain set around a permanent altar constantly, but cleanse this space between anyway. It is set and maintain, not set and forget. The candles can go out and keep on putting their energy out, though it is a good idea to keep them maintained every night and freshly through the rituals. You can also put your three centre stones in the candle holder between rituals if you're maintaining without the constant candles.

This somewhat newer technique, based around room defence, works to create a shield around the room by joining energy through the crystals to create a permanent shield around a room or use if for a short time at four points of a square or diamond. This can be set up as part of a circle ritual on four cardinal points or as a separate ritual by itself. This is a good one to have ready incase, or have two going if you use this permanently so you can keep cleansing and grounding one while using the other.

This works slightly differently, requiring no candles or other source once set up. This requires four crystals, clear quarts points, in a group ahead of time. Keeping them in a bag, cleaned and charged is a good thing to do, or a second set if you have this permanently set up. Even if you only plan to use them regularly it is a good thing to have two sets so you have one ready to go. Unlike the three point set shield this only takes four quartz crystals with no candles or plates.

If you keep this up permanently renew the shield with the fresh one (Recommended at new moon every month) cleanse in salt water and bury the crystals to ground any harmful or negative energies they have trapped. This way the space can remain pure and cleansed.